Actions taken by the Occupational Safety and Health Administration (OSHA) can have a profound impact on the safety of workers. When OSHA issues regulations and when regulations are effectively enforced, employers are forced to make worksites safer and workers in turn have a reduced risk of being injured or killed while doing their jobs. 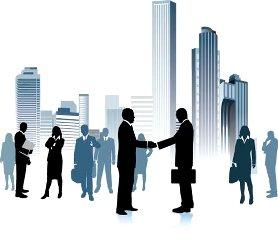 While OSHA has some understaffing problems and is not always effective, the agency does do a lot of important things to help workers avoid on-the-job injury. Safety News Alert recently summarized some OSHA trends from 2014 that affected employers and workers and that could shape workplace safety efforts this upcoming year.
It is important, however, for workers to remember that there is no requirement that an OSHA violation be committed in order for workers’ compensation eligibility. Any time a worker is hurt or killed while on-the-job or while doing work tasks, that individual or his family members should be entitled to work injury benefits. An Atlanta workers’ compensation lawyer can help to pursue a claim for benefits.

Some of the OSHA trends in 2014 that have had a big impact on worker safety include the following:

It is generally pretty rare for criminal charges to arise after a work injury or a fatality. However, OSHA and law enforcement authorities filed charges against several major violators in 2014. One plea agreement resulted in the president of an asphalt company being sentenced to restitution, three years probation and $20,000 fines after an employee lost his life due to falling 15 feet onto concrete. Another CEO was charged with involuntary manslaughter when a worker died. The potential penalties for the CEO in this case include up to four years of incarceration. A tree trimmers death also resulted in 6.5 years of incarceration for the owner of a California company.

OSHA held hearings on proposed new updates to silica standards. Comments were closed last year and OSHA is moving forward. It expects to enact a new regulation protecting workers from silica exposure by 2017.

Broader use of the “General Dutyclause.

The general duty clause makes it possible for OSHA to cite companies for safety violations when there is no specific regulation affecting the issue. OSHA has used this general duty clause more frequently in 2014, especially for situations where employees were exposed to chemicals on-the-job. Because OSHA moves slowly with passing new worker protection regulations, the general duty clause is an important enforcement tool when employers do things that obviously create a risk for their workers.
These are a few of the key trends that took place in 2014. If OSHA continues to take criminal actions and to impose more citations on employers, hopefully employers will be forced to improve on employee safety issues in 2015 and fewer people will be hurt or killed on-the-job.