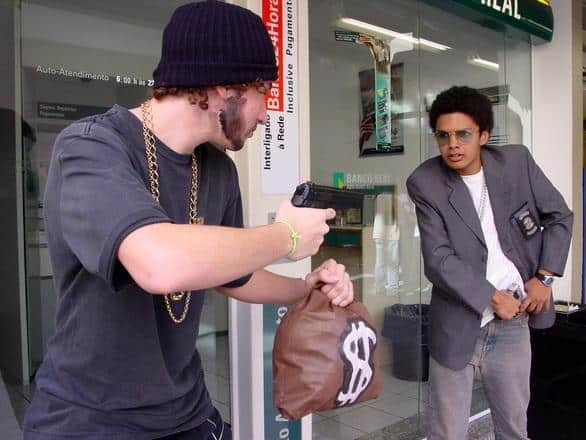 Georgia’s premises liability laws require store owners and operators to take reasonable precautions to maintain the safety of their property. These include implementing security measures to deter the commission of third-party criminal activities onsite, such as robberies, assaults, rapes, murders, and other violent crimes.

Property owners who fail to uphold their duties to provide adequate security may be held responsible if shoppers are injured as a result of this negligence.

While property owners aren’t legally liable for any harm resulting from a third-party crime that occurs on the premises, victims may be entitled to compensation if they can prove that sufficient security practices would have prevented the criminal activity and ensuing injuries.

END_OF_DOCUMENT_TOKEN_TO_BE_REPLACED 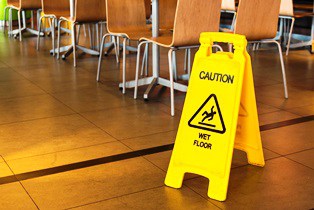 Restaurants are bustling, high-trafficked areas that require regular cleaning and other maintenance to ensure the safety of patrons. When restaurant owners, management, and staff fail to take proper precautions, serious slip and fall accidents and injuries can occur.

If you were hurt in a slip and fall incident at a Georgia restaurant, you may be entitled to compensation if you can prove your injuries were the direct result of a business’s negligence.

Many hazardous conditions can lead to restaurant slips and falls, including:

END_OF_DOCUMENT_TOKEN_TO_BE_REPLACED
Car accidents are one of the leading causes of deaths for young people in our country. Unfortunately, working closely with those hurt in thse incidents, our Atlanta car accident attorneys are very familiar with the consequences of auto accident in our area. Many local residents are severely injured, and even killed, through no fault of their own.

For example, in a tragic case, a 23 year old young man named Eddie Ko wasn’t doing anything wrong. He was in the wrong place at the wrong time and got caught by two drunk drivers, crashing into his car and killing him and another passenger, 22 year old Se Shin. One of the drunk drivers sideswiped the car of the other drunk driver who then veered into oncoming traffic, hitting Eddie Ko’s car head on, according to reports. The first drunk driver was charged with vehicular homicide, DUI, and other charges, while the second also faced suit charges.

Of course criminal charges following these accidents are sanctions by society against the wrongdoers. The criminal case does not provide any support to the victims or their families. That is where the civil law comes in. A Georgia wrongful death lawsuit was filed against the two culpable young men for Mr. Ko’s death, and his family received the insurance policy maximums.

END_OF_DOCUMENT_TOKEN_TO_BE_REPLACED
When visitors go to a hotel or any public space, they have the right to expect they’ll be reasonably safe on the premises. Property owners are expected to maintain public areas when they invite customers in, including making sure that any obvious hazards are identified and corrected. If there are dangers that exist that cannot be easily remedied, patrons who visit hotels or these other public spaces are entitled to be warned of the risks.

Unfortunately, a recent hotel accident demonstrates the severity of injuries that could occur when things go wrong and property owners fail to fulfill their obligations. WTOP reported on the incident, which resulted in 25 minutes of panic, after a serious injury occurred at a hotel and casino.

Those who are hurt at a hotel, casino, or any other public place need to understand their legal rights and take appropriate action if injury occurs. An Atlanta premises liability lawyer can represent those who have been harmed and can help them to take appropriate legal action against property owners when those property owners created hazardous conditions that resulted in injury.

END_OF_DOCUMENT_TOKEN_TO_BE_REPLACED
Slip and falls are one of the most common types of injuries which result in lawsuits against property owners. Falls are a leading cause of spinal cord damage and a leading cause of traumatic brain injury (TBI) so fall injuries need to be taken very seriously.

Falls can happen for lots of different reasons, from debris in a walkway to poorly maintained flooring materials to slippery floors. Whatever the cause of the fall, the property owner could be held accountable if it can be traced back to the owner’s negligence or failure to fulfill a safety duty.

It is up to the fall victim or family members of someone killed in a slip and fall to be able to put together evidence and prepare a case for compensation.

END_OF_DOCUMENT_TOKEN_TO_BE_REPLACED
A tragic accident at a water park has resulted in the owner of a water park and the designer of a water slide facing criminal charges, according to the New York Times. The indictment indicates that the slide violated basic design principles. There is also evidence that the slide failed safety testing before the tragic accident and that previous patrons of the water park had also sustained serious injuries on the slide before a fatal accident occurred. 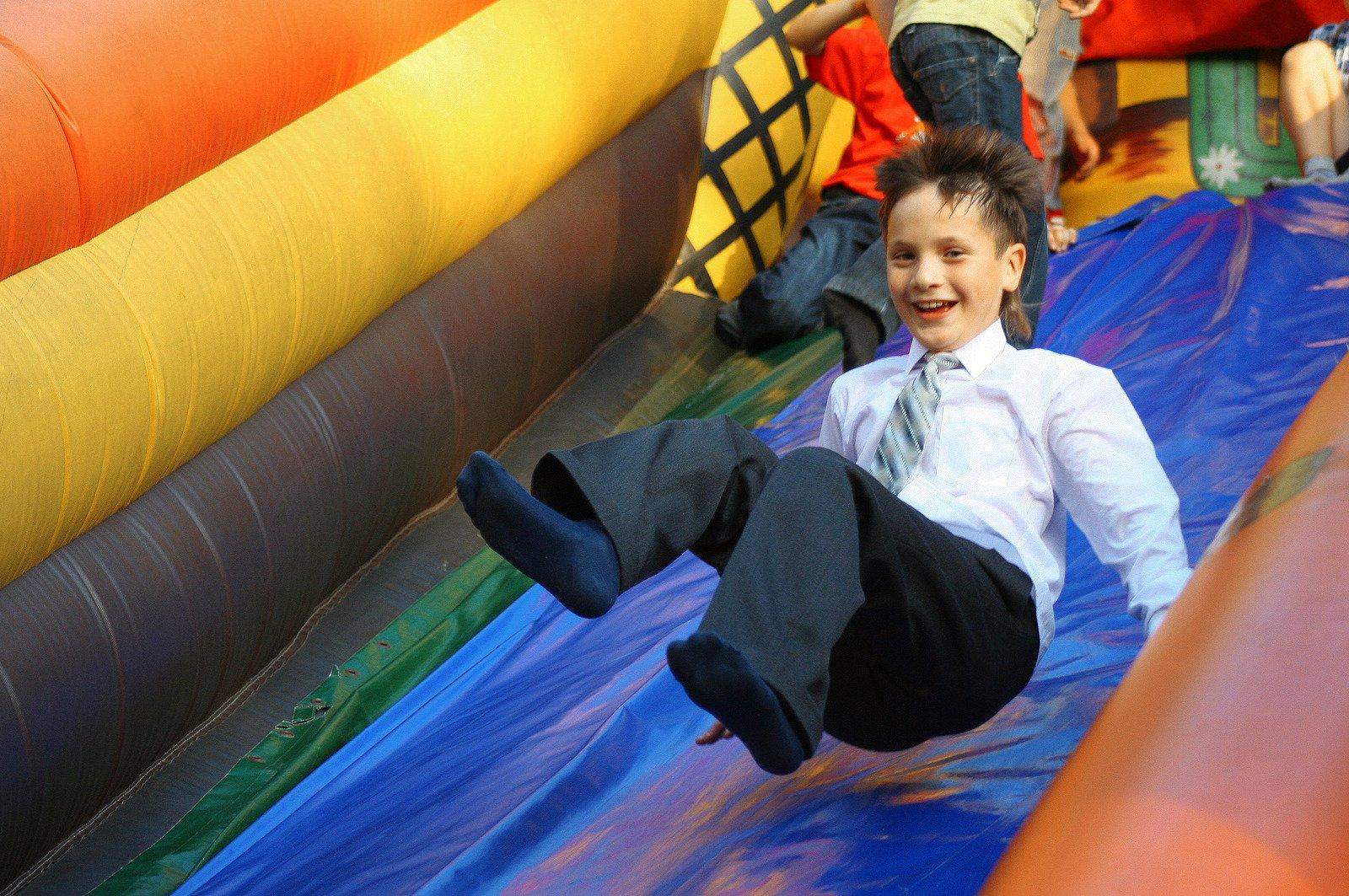 When accidents happen at amusement parks or water parks, victims need to understand their rights. In many circumstances, those who have been hurt can take legal action to obtain compensation from the amusement park or water park owner or operator. This is true even in circumstances where victims signed release forms that purport to absolve the park owners of liability for injuries. These release forms do not protect negligent owners or operators from being held responsible for injury, as those who sign them assume only the known risks and aren’t giving up their rights to take action when a park owner’s failures are the cause of harm.

Determining how to take action after an injury at an amusement park or water park is complicated, but an Atlanta personal injury lawyer can provide the necessary assistance pursuing your claim under premises liability laws.

END_OF_DOCUMENT_TOKEN_TO_BE_REPLACED
Many people visit Atlanta every year for work or for pleasure. Staying in hotels is common when visiting the area. Hotels, like other businesses, have a basic obligation to make sure their premise is safe for these visitors. Hotel guests are classified as invitees, so hotel operators have the highest duty under the law to these patrons who come to stay. Unfortunately, accidents can happen at hotels because those who operate these hospitality businesses do not always maintain the safe environment that is expected of them. 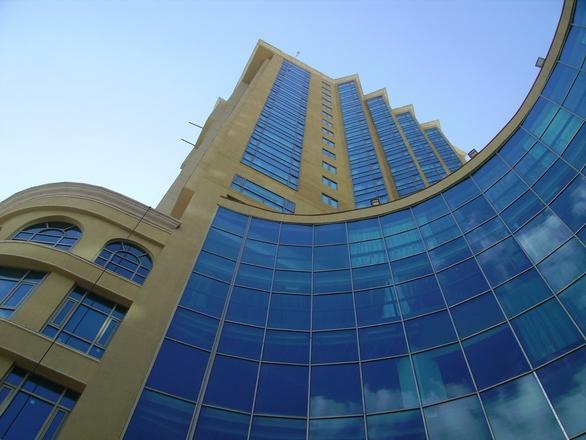 When an injury occurs in a hotel, contacting an Atlanta premises liability lawyer is important for victims. Visitors to the area who were hurt in a hotel may not live locally, so will need to make informed choices about where and how they can pursue a case for compensation for their damages.

Risks of Accidents and Injuries in Atlanta Hotels

END_OF_DOCUMENT_TOKEN_TO_BE_REPLACED
Our Atlanta negligent security lawyers were disappointed to see earlier this month that Georgia’s Supreme Court upheld a provision of the new tort reform law dealing with premises liability.

The case at hand was about a Georgia man, Nairobi Couch, who was attacked, abducted, and robbed by unknown assailants at a Red Roofs Inn at North Druid Hills Road and Buford Highway in Atlanta in August 2009. None of Mr. Couch’s attackers have ever been identified. He sued Red Roof claiming they failed to keep their premises safe and provide adequate security, according to news sources. Red Roof filed an intention to argue “fault of non-partyunder a recently amended Georgia law and stating that the damages should be decreased in whole or in part due to the fault of the criminals who attacked Mr. Couch. Mr. Couch opposed the move, and challenged the amended statute as unconstitutional. Mr. Couch’s lawsuit is still pending before a federal court in Atlanta, but US District Court for the Northern District of Georgia Judge Steve Jones asked the state Supreme Court for an interpretation of the 2005 tort reform law.

The Supreme Court decided, in a five to two vote, that when deciding on an award a jury can consider the fault of the assailants and apportion the amount of damages to Red Roof based on the percentage of responsibility for the attack. The Court also stated that a jury can receive a special verdict form requiring it to apportion the damages between the hotel and the assailants, if the jury finds liability. Writing for the majority, Justice Harold Melton said the law “makes all persons responsible according to their respective percentages of responsibility.Justice Melton went on to say in the ruling, “The rules of statutory construction, including reliance on ordinary word meanings, dictate that an assailant who evades hotel security to intentionally abduct, rob and assault a hotel guest is, at the very least, partially at €˜fault’ for the brutal injuries inflicted by the assailant on that guest.He also wrote, “As a party at fault, such an assailant must be included with others who may be at fault, e.g., the property owner in a premises liability action, for purposes of apportioning damages among all wrongdoing parties.

END_OF_DOCUMENT_TOKEN_TO_BE_REPLACED 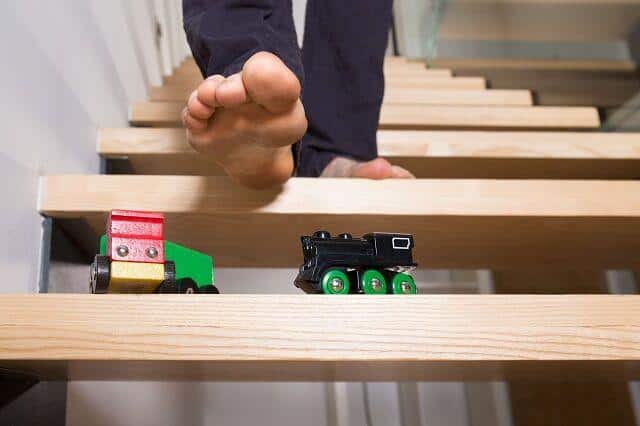 Renting has its perks. One of those being that as the renter, you do not have to worry about maintenance and repairs; instead, that is taken care of by your landlord. When you pay monthly rent, you expect your landlord to take care of the grounds, make repairs inside your apartment, and ensure your safety.

When you slip and fall in your apartment complex, you may wonder if your landlord or the property management is responsible. Determining liability in a case where the lessee is injured is complicated, which is why if you suffer from a slip and fall you should speak with an attorney. While you wait for your consultation with the team at Van Sant Law, we will try to clear up confusion about landlord liability.

END_OF_DOCUMENT_TOKEN_TO_BE_REPLACED 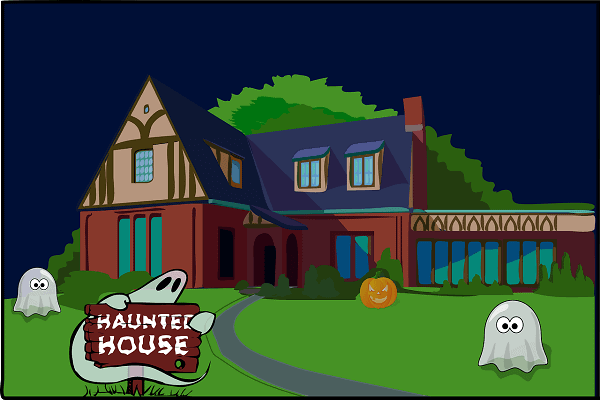 Haunted houses, whether hosted by a commercial organization or local homeowner, are a common fixture on Halloween night. In fact, you might wait in line for hours just to pay and enter an infamous haunted house in your city that comes but once a year.

While these attractions offer the frights and thrills you seek, you may not be able to sue if you are injured within one. Only in specific situations can you file a lawsuit, which is why it is imperative you speak with an attorney about your accident case to explore your options.