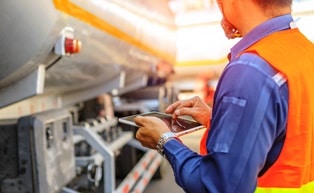 Commercial truck drivers are an essential part of the nation’s economy, transporting materials and goods to and from points both near and far. In doing so, the average trucker drives between 2,000 and 3,000 miles each week. That works out to a lot of time on the road. Some truck drivers may spend even more time behind the wheel due to a per-mile—rather than hourly—pay system, unrealistic employer expectations, and companies that incentivize completing tasks ahead of schedule.

Sound exhausting? It is—and it can lead to deadly accidents. Research shows that driving while fatigued can be just as impairing as driving under the influence of alcohol. And when the driver of an up-to-80,000-pound truck dozes off behind the wheel, the results can be absolutely catastrophic.

The Federal Motor Carrier Safety Administration limits how many hours truckers can drive—which is now a maximum of 70 hours during an 8-day period—and requires them to keep daily logs of their activities. However, truck operators often find ways to falsify these logs to stay on the road longer, such as making a second, “clean” set of logs. While the introduction of electronic logging devices, or ELDs, has made it slightly more difficult to create fraudulent logs, drivers can still unfairly and unsafely game the system.

END_OF_DOCUMENT_TOKEN_TO_BE_REPLACED 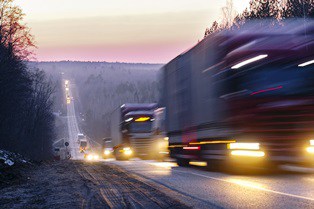 Driving when you’re tired is a regular part of life for many people in Georgia, but it can lead to serious accidents. When the fatigued driver in question is behind the wheel of an up-to-80,000-pound commercial truck, the consequences can be catastrophic or even deadly.

Research shows that driving while drowsy can be as impairing as alcohol, resulting in poor driving performance that includes a dangerous lack of alertness, an increased likelihood

of distraction, and slowed response times.

END_OF_DOCUMENT_TOKEN_TO_BE_REPLACED
Large truck accidents can leave victims seriously injured, unable to work, and facing mounting debt. If you or someone you love was hurt in a crash caused by a dangerous commercial driver, you may be entitled to compensation from the at-fault trucker, as well as the trucking company that employs him or her.

Crashes involving commercial trucks and passenger vehicles are often extremely serious, with passenger vehicle drivers and occupants sustaining the brunt of the injuries and damages. Though truckers might have made careless or dangerous mistakes behind the wheel, they often lack sufficient insurance coverage or assets to fully compensate victims for their losses. 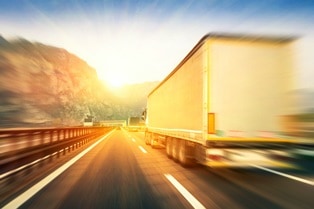 Fortunately, thanks to vicarious liability laws, if a truck driver causes a crash while carrying out employment duties, you may also be able to hold the transportation company accountable.

END_OF_DOCUMENT_TOKEN_TO_BE_REPLACED 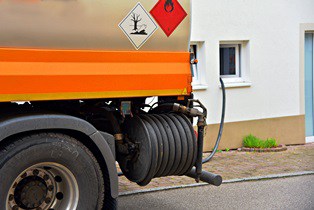 Motorists might not realize that many of the large commercial trucks sharing the roads with them are transporting dangerous cargo, such as explosives, gases, radioactive materials, flammable liquids or solids, corrosive substances, or other hazardous materials.

Though the trucks, trucking companies, and drivers who transport these substances must adhere to extremely strict state and federal safety regulations, accidents can—and do—still occur.

In fact, according to the Federal Motor Carrier Safety Administration, hazardous cargo is a factor in approximately 4 percent of fatal large truck crashes and roughly 2 percent of large truck injury accidents each year.

END_OF_DOCUMENT_TOKEN_TO_BE_REPLACED 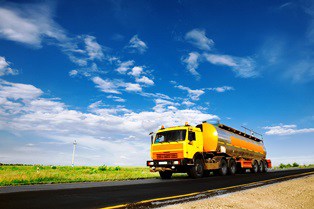 Large commercial trucks transport goods to and from points all across the country. In doing so, drivers of these massive vehicles spend much of their time on rural roads.

Though one might assume that it’s crowded urban areas where big rigs and 18-wheelers are at the greatest risk of being involved in an accident, research shows the exact opposite is true.

Not only do most accidents involving large trucks occur in rural areas, but 61 percent of rural road truck crashes result in fatalities, according to the Federal Motor Carrier Safety Administration (FMCSA).

END_OF_DOCUMENT_TOKEN_TO_BE_REPLACED
If you or a loved one was hurt or killed in a trucking accident, you may be coping with devastating loss. The laws in Georgia allow you to obtain compensation from the driver or trucking company responsible for these losses. Contact an Atlanta, Georgia Trucking Accident Attorney at Van Sant Law, LLC, today for help protecting your rights and getting the compensation you deserve.

According to the Bureau of Labor Statistics, the demand for truck drivers is projected to increase by 21 percent by the year 2020. While this might sound like a good thing in times of persistent unemployment, the sad fact is that this is a major problem.
END_OF_DOCUMENT_TOKEN_TO_BE_REPLACED

Truck accidents are far too common in Columbus, GA and can cause serious injuries or even death to accident victims. If you or a loved one are hurt in truck crash, contact the Georgia Truck Accident Lawyers at Van Sant Law, LLC today toll free at (855) 424-6587 for information about your legal right to compensation from the responsible driver. Our offices may be based in Atlanta, but we handle trucking accident cases throughout Georgia and our attorneys will come to you for a face to face meeting should we determine you have a viable truck accident claim.

Columbus, GA is a city located around 100 miles South of Atlanta in Muscogee County, GA. As of the 2012 Census, Columbus grew to surpass the population of Augusta and become the second largest city in the state of Georgia. Columbus is also the fourth largest metropolitan area in the state, with an estimated population of 198,413 as of 2012.
END_OF_DOCUMENT_TOKEN_TO_BE_REPLACED
Georgia law requires truck drivers and trucking companies to compensate accident victims if the truck driver causes a crash. For help enforcing your rights under the law and getting the money you deserve after a crash, contact the Atlanta Trucking Accident Lawyers at Van Sant Law, LLC, today.

Filing a Claim Against a Trucking Company

Under the laws in Georgia, drivers who cause car accidents are held legally responsible and are made to pay personal injury or wrongful death damages when someone is seriously hurt or killed in a crash.

END_OF_DOCUMENT_TOKEN_TO_BE_REPLACED

Car and tractor trailer accidents are too common in Georgia, and this blog has discussed numerous reasons why tractor trailers are particularly dangerous vehicles on the road. The Georgia Department of Motor Vehicle Safety states that one in six deaths from vehicle crashes involve a large commercial truck. In 86 percent of those fatal tractor trailer crashes, it is the person in the passenger vehicle, not the truck, who dies.

Unfortunately, there was another instance of this type of fatal crash last week on Ga. 316. According to news reports, 68-year-old Anvir Karim of Dacula was driving westbound on Ga. 316 in his 1997 black Nissan Maxima when the accident occurred at 6:45am last Thursday. A tractor trailer heading eastbound, driven by 34-year-old Latora Barrett of Columbia, South Carolina, turned left suddenly onto Hurricane Trail in Lawrenceville. He turned in front of Mr. Karim's car, causing the Maxima to slam into the side of the trailer. The car then wedged underneath the trailer, according to Gwinnett police Cpl. Edwin Ritter. The preliminary investigation of the crash has found that Mr. Karim did not have sufficient time to stop and avoid the crash.

Captain Eric Eberly, of the Gwinnett fire department, said the department's Technical Rescue Team used air bags and large timbers to lift the tractor trailer off the ground and stabilize the truck. Then they dragged the Maxima out from under the truck and cut Mr. Karim out of the severely mangled car. Cpl. Ritter noted, "It took well over an hour, maybe almost two hours for fire and EMS to extricate him from the vehicle.He was taken to Gwinnett Medical Center in critical condition, but later died of the injuries he sustained in the accident. As is the case most of the time, shown by the statistic above, Mr. Barrett, the driver of the truck, was not injured. Cpl. Ritter told the Atlanta Journal-Constitution, in an email, that Mr. Barrett is facing charges for this fatal accident. Gwinnett County Detention Centers show that the uninjured Mr. Barrett was booked the afternoon of the day of the accident on charges of failure to yield and vehicular homicide.

END_OF_DOCUMENT_TOKEN_TO_BE_REPLACED
The costs and losses after a truck accident can be very expensive and you should not have to bear this burden. If you or someone you love was hurt by an accident with a truck or commercial vehicle, contact an Atlanta, Georgia truck accident attorney at Van Sant Law, LLC, today to schedule a free consultation.

According to the National Highway Traffic Safety Administration, ongoing efforts are being made to improve “the safety performance of heavy trucks.” A part of these safety efforts involves setting stricter requirements for stopping distances for large commercial vehicles.
END_OF_DOCUMENT_TOKEN_TO_BE_REPLACED
Contact Us
Free Consultation - Available 24/7 855-GA-INJURY
Topics