Workers in the construction field and across other industries are routinely assumed to improve their job skills the more time they spend on the job. This would tend to suggest that when workers are spending time on a particular project, the risk of injury goes down over time. The reality, however, is that the opposite is true. When injuries happen on work sites, they are more likely to occur at the end of the project than at the beginning. 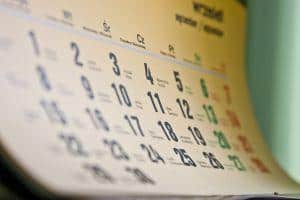 Employers and employees need to ensure they are maintaining their efforts to avoid work injuries for the duration of a job. Whenever an injury happens at any phase in the project, an Atlanta workers’ compensation lawyer can provide assistance to those who have been hurt. An injury or wrongful death claim can be made when a work accident causes harm or fatalities, regardless of who was responsible for the injury or whether any carelessness was involved.

Why Do More Atlanta Work Accidents Occur Late in Projects?

An article published in Harvard Business Review recently took a close look at why injuries are more likely to occur at the end of a project than at the beginning.
The increase in injuries late in a project stems, in part, from a phenomenon called “normalization. As people do work tasks or engage in behaviors over time and no injuries or adverse outcomes result, they begin to lose awareness of the possible risks of their behavior. In other words, dangers they may have been aware of and focused on early in the project do not occur so people eventually begin to believe that these problems will never occur.
There are multiple examples of this in everyday life, as well as on the job site. Normalization helps to explain why so many people text and drive even when it is clearly risky to do so (because they have texted lots of times behind the wheel before and not gotten into a crash, so they lose sight of the potential that an accident can happen). It also explains why homeowners cleaning out their gutters or clearing their roof of leaves routinely suffer injuries towards the end of their work tasks and cause a spike in ER visits due to rib and spine fractures. The homeowners start to feel they are safe on the ladder and stop being as careful.
Large public infrastructure projects are affected not only by the normalization process among workers, but also because tolerance for delays decline and money runs out as a project comes close to an end. One example of this is the cleanup effort undertaken in Boston Harbor. The $4 billion cleanup project took more than a decade, and five workers were killed late in the project. Three were killed when they were sent into a tunnel after project managers had removed the electrical power, transportation, and ventilation systems that had kept employees alive throughout the entirety of the project. The systems were removed as a result of cost overruns.
There is no excuse for becoming lax with safety standards when workers lives are at stake. Workers injured at any point in a project should get help understanding their rights after an injury.
The Atlanta work accident lawyers at Van Sant Law, LLC can represent you after an injury caused by an on-the-job accident. Call today at 404-991-5950 or contact us online to schedule your free consultation.