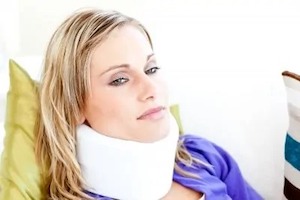 Whiplash is one of the most common injuries you can get from car accidents, especially rear-end collisions. Unfortunately, it is also one of the worst compensated types of injury.

Because whiplash is very difficult to prove, juries tend to award very low amounts for claims. Victims often feel cheated because the pain and suffering can be great in comparison to the settlement they receive. However, unless someone on the jury has personally experienced whiplash, it is difficult for a jury to understand how severe whiplash can be.

Meeting the Burden of Proof for Whiplash Claims

A jury needs reasonable proof that an injury deserves compensation. Many personal injury firms will reject whiplash cases because settlements tend to be low and the injury can be difficult to prove in court.

Traditional methods to show proof of injuries often do not work in whiplash cases. X-rays, for example, will be useless in showing damage, because whiplash only damages internal soft tissue. By having an x-ray done, whiplash victims can sometimes hurt their own case, because when shown to a jury, the damage is not visible. The real injury to the soft tissue cannot be demonstrated in an x-ray or another visual medium.

Another way that victims tend to lower their settlements unintentionally is by going for treatment at a chiropractor. Insurance carriers will start by offering a lower settlement if the victim has visited a chiropractor instead of an orthopedist or another doctor because they know that chiropractors are valued less in court.

Although chiropractors may be appreciated by many people, some people do not trust a chiropractor’s opinion as much as they would a doctor’s opinion. This may seem unfair, but jurors will be affected by their own preconceived opinions. If there is one juror who thinks that chiropractic services are pseudoscience, a victim can lose all chance of being awarded a settlement.

The only way to persuade a jury to take a whiplash claim seriously is through objective evidence. Several weeks of physical therapy or prescribed medication from a medical doctor and other evidence such as hospital visits that tend to support a significant injury will go much farther than subjective claims of pain.

Another common way juries are convinced of whiplash injuries is if the defendant seems less trustworthy than the victim. For example, if the accident was caused by the defendant’s use of illegal drugs or if the defendant had been drinking and driving, juries tend to be more sympathetic towards the victim. However, it is still important to support any claims of whiplash with further objective proof of injury.

Have You Been Injured in a Georgia Car Accident?

If you’ve been injured in a car accident caused by another party’s negligence, you should speak with an experienced personal injury attorney as soon as possible. Please contact us online or call our office directly at 855-GA-INJURY or 404-991-5950 to schedule your free consultation.