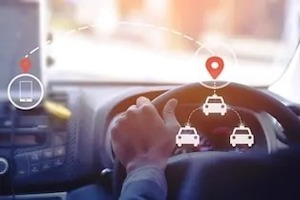 In recent years, there has been a dramatic uptick in the use of rideshares in Georgia. One of the most prominent rideshare companies is Uber. While ridesharing apps can make transportation more convenient, they also result in a greater number of car accidents. An Uber driver may not necessarily be a good driver. Whether you are a passenger in an Uber that is involved in a crash, or the driver of another car hit by an Uber driver, you may sustain serious injuries. These can include broken bones, organ damage, traumatic brain injury, spinal cord damage, amputations, burns, or disfigurement. If you were injured in an Uber accident in Georgia, you may be able to recover damages. You should contact the Atlanta Uber accident lawyers at Van Sant Law about your situation.

To recover compensation, you will need to establish liability. Many Uber accidents occur because of negligence. You will need to prove that it is more likely than not that the Uber driver owed you a duty of care, the Uber driver breached the duty, the breach caused your injuries, and damages resulted. Breaches of the duty of care may involve speeding, tailgating, weaving, failing to obey traffic signs and signals, texting while driving, or failing to check blind spots. For example, if you are a passenger, and your Uber driver was weaving through traffic without checking his blind spots, and he collided with the side of another car, you may be able to recover damages. For another example, if an Uber driver runs a red light and T-bones you while you are driving to the grocery store, and you suffer a skull fracture, you may be able to establish liability with the assistance of an Uber accident attorney in Atlanta.

Georgia follows a rule of modified comparative negligence. You can seek damages after an Uber accident, even if you were partly to blame. However, the court will reduce your damages by an amount proportionate to your fault, and you can be barred from recovery altogether if you were 50% or more at fault. The jury will evaluate all the evidence, determine the damages, and assign percentages of fault.

When there is an accident involving a rideshare, several defendants may share fault. Potential defendants could include not only an Uber driver but also other drivers and even other entities. For example, if your Uber driver was 25% at fault, a driver of another car was 50% at fault, and a manufacturer of a defective part in one of the vehicles was 25% at fault, and the damages were $1 million, your Atlanta Uber accident attorney should be able to help you recover $250,000 from your Uber driver, $500,000 from the other driver, and $250,000 from the manufacturer.