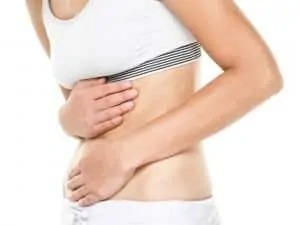 Every year, hundreds of thousands of Georgians suffer from food poisoning. Although most people recover within a few days without the need for serious medical attention, every year nearly 130,000 Americans contract foodborne illnesses that require hospitalization.

This number is especially concerning when one considers that more than half of foodborne illnesses are caused by viral pathogens that have no cure. By being aware of the types of foodborne pathogens and their risks, you can be better prepared to protect yourself and your family.

“Food poisoning” is a general term applied to a large variety of illnesses caused by infections transmitted through improperly prepared or cooked foods. About half of foodborne illnesses are viral in origin, while about a third are caused by bacterial infections.

The CDC estimates that about 90 percent of food poisoning incidents are caused by seven common pathogens.

Although there are other diseases that can cause food poisoning, almost all cases are caused by these pathogens, making them the most dangerous. Hepatitis A is also a very serious disease that can be contracted through consuming improperly prepared food, but it is much less common today, because children are vaccinated against it. Without the vaccine, Hepatitis A can be one of the most deadly foodborne pathogens.

Most of these illnesses will go away within a few days without treatment, but some bacterial infections can be treated through antibiotics. There are also medications to kill parasites. There are no cures for viral diseases, and Hepatitis A is the only foodborne virus with a vaccine. In general, if you or someone you love has contracted food poisoning, it is vital to see a doctor to receive treatment.

Suffering from food poisoning can be a traumatic and costly experience. If you or someone you love has contracted one of these diseases due to contaminated or improperly prepared food, fill out our free, no-obligation online contact form, or call us at 404-991-5950 at Van Sant Law, to get the compensation you deserve. Our experienced Georgia food poisoning attorneys want you to receive compensation for the injuries you have suffered.

Please Note: An Overnight Hospital Stay Is A Requirement For Our Firm To Accept Any Food Poisoning Case.