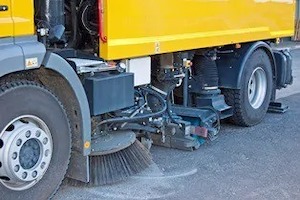 In many truck accident cases, you can obtain compensation through a private driver's insurance company. You may also have a claim against others, such as a trucking company that employed the driver. Generally, you have two years to file your lawsuit against a private driver or company. However, in a truck accident involving a county or state government truck, you will need to provide an ante litem notice to the appropriate agency within 12 months under O.C.G.A. section 36–11–1. Minors or people laboring under disabilities are permitted 12 months after a disability is removed to present their claims.

In an even shorter timeline, a claim against a local city or municipality in Georgia must be commenced through an ante litem notice sent to the appropriate local government agency within six months of your accident or injury under O.C.G.A. section 36–33–5. On top of meeting the requisite time limit for serving an appropriate ante litem notice, you must also meet the two-year statute of limitations.

Your ability to bring a claim against a government agency will be limited under the doctrine of sovereign immunity to claims for which the government has waived its immunity. Moreover, government officials are protected by qualified or official immunity.

To determine whether you can sue the government for injuries sustained in a truck accident, your attorney must figure out whether that government entity has waived immunity for truck accidents. We will also need to determine whether the governmental employee who caused the truck accident is immune from being sued. To determine if a governmental employee is immunized from suit, we will need to figure out whether their actions were discretionary or ministerial. A public officer is protected from suit when acting in their official capacity unless the officer negligently performs a ministerial duty or acts with actual malice or intent to cause injuries while performing a discretionary duty.

The federal government is also protected by the doctrine of sovereign immunity unless it has specifically waived its immunity from suit.

To establish liability for a truck accident, you will need to prove negligence by a preponderance of the evidence. Generally, negligence occurs when someone's conduct falls below the standard of care that a reasonable person would have met under the same or similar circumstances. Drivers may breach this duty by failing to obey regulations, failing to obey traffic signs and signals, speeding, tailgating, or texting while driving.

If we follow the appropriate procedures applicable to lawsuits against the government, we may be able to recover compensatory damages, up to certain limits. These are damages intended to put you back in the position in which you would have been had reasonable care been used. The law imposes limits on damages that can be recovered from the government in a personal injury lawsuit. Under O.C.G.A. section 36–92–2, a Georgia local government’s sovereign immunity is waived up to $500,000 because of the bodily injury or death of one person, or an aggregate amount of $700,000 for the bodily injury or death of two or more people in an accident.