Misdiagnosis and Failure to Diagnose 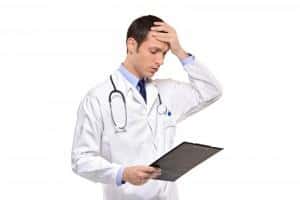 When you or a member of your family is ill, you trust your doctors to do everything they can to make you better. That is one reason why misdiagnoses or failure to diagnose can be so traumatic. Both primary care physicians and specialists are expected to give competent and thorough care. While there may sometimes be no way for doctors to prevent an illness from progressing or the death of a patient, there is never an excuse for negligence that results in a misdiagnosis.

In the case of medical misdiagnosis, a healthcare professional incorrectly diagnosed a condition, which could result in unnecessary surgeries, medications, and emotional trauma. In the case of failure to diagnose, a doctor fails to treat a patient for a medical condition that should be obvious due to symptoms and testing. This can result in a patient developing greater health problems and can even lead to death.

Medical Misdiagnosis Is More Common Than You Might Think

A CBS investigation in 2009 revealed that medical misdiagnoses resulting in patients’ deaths were worryingly common. According to their investigation, autopsies were performed in only six percent of hospital deaths. Of those investigated, approximately 40 percent of the patients who died were misdiagnosed by their doctors. Even worse, between 10 and 12 percent of the cases involved a major misdiagnosis or a misdiagnosis that resulted in the death of a patient who would have lived if he or she had been diagnosed properly.

If these statistics were not startling enough, we have no way of knowing how many other patients died due to a major misdiagnosis either of the 94 percent of the deceased, whose deaths were not investigated, or of the thousands more patients who may have been misdiagnosed outside of hospitals in clinics and doctors’ offices. As busy doctors have less and less time to spend with patients, the risk of medical misdiagnosis increases.

The Risks of Medical Misdiagnosis

A medical misdiagnosis or failure to diagnosis can have a serious impact on the health and prospects of a patient. For many medical conditions, such as head trauma, cardiac conditions, and cancer, prompt diagnosis is the key to healing. According to the American Cancer Society, many cancers have survival rates of over 90 percent when detected early enough. However, the longer cancer goes undetected, the more difficult it is to treat successfully. Similar statistics could be found for many serious medical conditions. It is clear that even a misdiagnosis of a few months or even weeks can have a significant impact on a patient’s recovery and treatment options.

Unfortunately, many times medical misdiagnoses are not simply delays in finding the correct diagnosis. Incorrect diagnoses can be just as devastating, if not more. In the CBS investigation, several patients were found to have died from the treatment for a condition that they did not have. A misdiagnosis can lead to unnecessary surgery or amputation, expensive and painful procedures, and even death from aggressive, unneeded treatments.

Doctors are only human, and they cannot be expected to be perfect. They can, however, be expected to make informed diagnoses and give their patients the best care possible. Doctors should listen to patients’ symptoms, conduct thorough examinations, and do appropriate tests. Only after all of this should they make diagnoses and recommend treatments.

If a doctor is negligent in his or her treatment leading to misdiagnosis or failure to diagnose, patients are entitled to compensation. In order to determine if doctors acted responsibly, their actions are compared to what the actions of a reasonable doctor with the same expertise would do in the same situation. If no other doctor with the same background should have made the same error, the doctor can be held accountable for his or her negligence. The patient can then be compensated for lost wages, pain and suffering, emotional distress, medical costs, or even wrongful death damages.

It can often be difficult to get deserved compensation in cases of medical misdiagnosis, because it can be difficult to prove that a doctor did his or her job irresponsibly and that the harm a patient suffered is directly related to that misdiagnosis. Because of this, it is important to get the help of an experienced Georgia medical malpractice attorney to build your case for you.

If you or someone you love has been hurt by a medical misdiagnosis or failure to diagnose, contact the offices of Van Sant Law. We are a highly knowledgeable Georgia personal injury medical malpractice firm with considerable experience helping people who have been suffered unnecessarily due to the actions of a healthcare provider. Fill our out free, no-obligation online contact form, or call us today at 404-991-5950 to get a free consultation on your case.