Dealing With Insurance Companies After a Motorcycle Accident 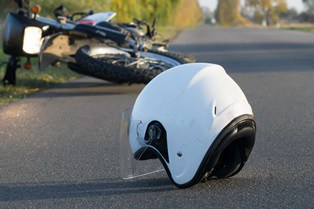 After a motorcycle accident, dealing with insurance companies is an inevitability for crash victims. No one expects insurance negotiations to be a walk in the park or without a certain amount of tedium.

However, what they’re often not prepared for is just how difficult it can be to secure a financial settlement that sufficiently covers their losses.

In some cases, it may even seem like insurance adjusters are actively working against motorcycle accident victims, rather than trying to help them. Unfortunately, that’s not unjustified paranoia on the part of the victim—it’s often the standard operating procedure for insurance carriers protecting the bottom line.

If you’re seriously injured in a motorcycle accident caused by another person or entity’s negligence, here’s what you need to know about dealing with insurance companies.

Adjusters representing the potential at-fault drivers or other entities are often eager to get in touch with crash victims, so bikers should expect this contact sooner rather than later. In some cases, carries even dispatch an adjuster to the scene of the accident to discuss “options” with the victim.

However, these options are rarely in the best interest of injured motorcyclists, which is why it’s so important for victims to handle early contacts with an insurance company with care.

In the moments, days, and weeks following a motorcycle accident, adjusters may offer victims an on-the-spot settlement, discourage them from consulting an attorney about their legal rights, or ask them to provide a recorded statement about the crash. These are all terrible ideas that likely benefit the insurance company more than the victim.

The best way for motorcycle accident victims to handle early contacts from an adjuster is to direct them to their attorney.

Though the details of cases vary, the personal injury settlement process is consistent. The key steps are as follows:

Accident victims often assume insurance carriers are on their side. Nothing could be further from the truth.

An insurance company has to maintain its bottom line and will employ many tactics in an attempt to reduce its financial obligation. Examples include bombarding victims with wide-ranging requests for information, misconstruing a victim’s version of events, casting doubt on the severity of their injuries, or claiming the injuries had an unrelated cause.

All of this adds to the compounded stress an individual feels while he or she tries to recover from a traumatic event. Fortunately, an attorney can help by stepping in and serving as the point of contact for all future inquiries.

If you’ve been injured in a Georgia motorcycle accident, you should speak with an experienced motorcycle accident attorney as soon as possible. Please contact us online or call our office directly at 855.GA.INJURY or 404.991.5950 to schedule your free consultation.