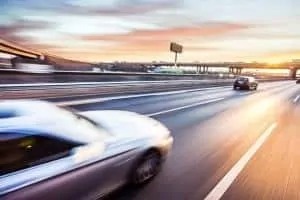 Aggressive driving is defined as an act that involves one or multiple traffic offenses that put the safety of other drivers at risk for accident or serious injury. If you are Injured in a car accident with an aggressive driver, you may be wondering about your legal rights and whether or not you can seek compensation from that driver.

The Issue With Aggressive Driving

Aggressive drivers could use multiple driving practices that threaten their own safety as well as the safety of those around them. They often do not care or consider the human element and have little regard for the safety of others – including pedestrians. When a vehicle is in possession of an aggressive driver, it can be devastating.

According to the National Highway Traffic Safety Administration (NHTSA), there are approximately 6,800,000 accidents each year in the United States that are caused by aggressive drivers. Their statistics also suggest aggressive drivers are more likely to drink and drive while operating a vehicle as well as drive without a seatbelt.

An aggressive driver will exhibit numerous dangerous behaviors on the road, including:

An aggressive driver’s behaviors put them at an increased risk for serious accidents. If you were involved in an accident due to an aggressive driver, you will need to establish liability to recover damages via a personal injury claim. A police officer’s accident report and the driver’s traffic record may provide evidence in addition to witness testimonies. If the driver was seen by multiple witnesses for weaving in and out of traffic, driving at unsafe speeds, etc. you may have all of the evidence you need to support your liability claim.

If the aggressive driver is at fault for your serious injuries, you may have a valid personal injury claim. It is best that you speak with an attorney to assess your accident case.

Critical evidence in these types of cases disappears quickly. That is why it is imperative you seek legal advice from an attorney right away. Van Sant Law can assist you with your car accident claim. Contact us online or call 404-991-5950 to schedule a consultation.