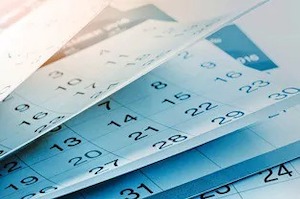 Laws known as statutes of limitations determine the time you have to file a lawsuit. In Georgia, people injured in car accidents caused by another person or entity’s negligence generally have just two years from the date of the crash to bring a personal injury lawsuit against the at-fault party.

However, there are some exceptions. Failing to file the lawsuit in the time frame specified by the statute of limitations can have insurmountable consequences.

While most car accident cases must be filed within two years, the statute of limitations for claims against the government can be much shorter. For example, if you were hurt in a collision with a city or county vehicle, you have only six months to file a formal personal injury claim. Car crash lawsuits against the state of Georgia have a standard two-year filing deadline.

Other exceptions to the two-year statute of limitations for car accident claims include cases involving:

Aside from these specific exceptions, the statute of limitations laws aren’t forgiving. Individuals who attempt to file a lawsuit after the mandated deadline expires have their cases dismissed without being heard. This means they’ve forfeited their rights to pursue a legal remedy and whatever compensation to which they might have been entitled.

After being Injured in an accident, it’s important to discuss your legal rights and options with an experienced car accident attorney as soon as possible. Even if you’re still within the statute of limitations, waiting too long to take legal action increases the chance that witnesses could become unavailable or evidence could be lost or contaminated.

Don’t let this happen to you or your case. Contact the skilled team at Van Sant Law today to schedule an appointment for a free initial consultation.