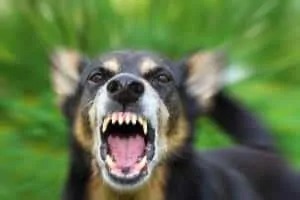 For many people in Georgia, pets are a source of support. However, some animals are not properly controlled or trained. Some are dangerous or vicious. Animal attacks can cause catastrophic or fatal injuries. Both adults and children may face dangers from an animal, even if it has never previously attacked someone. Generally, Georgia law favors dog and other pet owners, which is why it is critical to retain an attorney experienced in handling these types of cases. The Atlanta animal attack lawyers at Van Sant Law work hard to help victims throughout Georgia pursue favorable settlements or awards.

Under O.C.G.A. Section 51-2-7, someone who owns or keeps a dangerous or vicious animal and who, by careless management or by permitting the animal to go at liberty, inflicts an injury on someone else can be held accountable for damages. To prove a vicious propensity, it is enough to show that the attacking animal was required by an ordinance to be restrained, but the animal was not restrained at the time of the attack. You will also need to show that the owner of the pet had superior knowledge of the pet’s aggressive tendencies. However, a plaintiff in an animal attack case cannot recover damages if they were trespassing or if they provoked the injury through their own acts toward the animal.

Under Georgia law, moreover, any pet owner who owns an animal that is known to be aggressive may be held liable when that animal attacks and injures someone.

If you were injured by someone else’s wild or non-domesticated pet, you may be able to hold the owner strictly liable with the assistance of an animal attack attorney in Atlanta. You will not need to prove that the owner failed to live up to a certain duty in his or her actions or omissions.

An Atlanta animal attack attorney also can help you hold an animal owner accountable if the animal was aggressive prior to attacking you in such a way that the owner should have known that it had a propensity to attack. The aggression must be something more than barking or baring teeth. For instance, if the dog that bit you had previously lunged and tried to bite someone walking another dog or snapped at a guest in the owner’s house, this may suggest prior knowledge that the dog was dangerous.

It may be difficult to prove that a dog that bit you was aggressive, especially if the attack occurred in a Georgia county that does not have a leash ordinance. In Atlanta, however, all dogs are required to be on leash. If a dog that bit you in Atlanta was off its leash, it will be easier to establish a case against the dog’s owner.

You may be able to recover compensatory damages if you can establish liability for an animal attack. These are damages meant to make you whole. They can include past and future medical bills, the costs of surgery, lost earnings, and pain and suffering.