Over a five year period in the United States, 556 pedestrians and bicyclists were killed in side swipe truck accidents. Left and right hook truck collisions occur when a truck is turning and hits a pedestrian or bike rider who is going straight or who is walking across the road. These accidents can be especially deadly for the bike rider or the pedestrian because the walker or bicyclist is likely to be forced underneath the large wheels of the commercial truck. 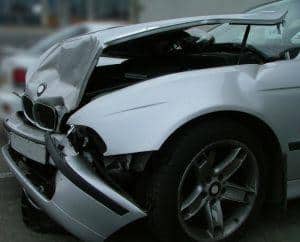 Side guards could prevent these tragedies and keep pedestrians and bicycle riders from going underneath a truck that hits them; however, there is no federal law mandating the use of side guards and there are few state laws imposing a requirement side guards be used. Trucking companies that want to reduce the chances of deadly accidents (and thus reduce potential liability) may wish to consider voluntarily installing side guards in order to keep pedestrians and bike riders safer.

If you or someone you love was hurt or killed in a truck accident in Atlanta, you need to contact a truck accident attorney with experience and compassion. Your attorney can advise you of options for pursuing a claim for compensation and can assist in fighting for full and fair payment for all losses.

Next City reports side guards have been required in the United Kingdom and in the European since 1986 and 1989, respectively. Following the mandated use of side guards for large commercial trucks in the UK, there was a 20 percent reduction in the pedestrian death rate and a 61 percent reduction in the bicyclist death rate when walkers or bikers were involved in truck crashes.

Although the safety benefits of side guards are not in dispute, they are not commonly used in the United States. A few cities, including Washington D.C. Portland, and Boston, have moved towards requiring side guards on commercial trucks with a weight of 10,000 pounds or greater that do business with the city or are owned by the city. New York also has a pilot program in place where side guards are installed on 240 trucks and are likely to be installed on as many as 10,000 trucks owned or contracted with the city. The University of Washington is also requiring its campus fleet to be equipped with side guards.

Outside of these limited exceptions, most trucks do not have side guards and most cities and states do not require them. The National Transportation Safety Board is hoping to change that, by asking the National Highway Traffic Safety Administration to impose a requirement mandating side guard use on large commercial vehicles. The NHTSA, however, has declined to take action and impose a mandate.

Side guards cost an estimated $1,500 to install on a vehicle, but the savings they can provide cannot be measured. Side guards can prevent lives from being lost and can help trucking companies to avoid accountability for deaths if sideswipe accidents occur. Trucking companies may wish to install side guards voluntarily to reduce the chances one of their drivers will kill a bicycle rider or pedestrian while performing work tasks.

The Atlanta truck accident lawyers at Van Sant Law, LLC can represent you after an injury caused by a negligent driver. Call today at 404-991-5950 or contact us online to schedule your free consultation.