The recovery following the recession of 2008 and 2009 has resulted in explosive growth of the temporary workforce. USA Today reported in 2013 that in the four years since the recession ended, there has been more than a 50 percent increase in the number of temp workers in the country. There were around 2.7 million temps in 2013, which is the highest number ever recorded. No other sectors have expanded at the rate that the temporary workforce has, and when combined with freelancers, contract workers and consultants, about 12 percent of all workers in the country do not have a traditional employment relationship. 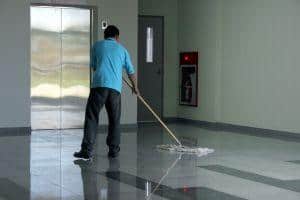 Unfortunately, this is very bad news for workers. Not only are temp workers frequently denied traditional workplace benefits like healthcare or vacation time, but they may also be forced to work in conditions that are not very safe. When a temp worker is hurt on-the-job, he needs to understand how to make a workers’ compensation claim outside of the traditional employment relationship. An Atlanta workers’ comp lawyer can provide guidance and assistance on obtaining benefits and compensation.

U.S. Is Lagging in Protections for Temp Workers

Most countries provide protections for temporary workers by guaranteeing them equal pay with full-time workers and by imposing restrictions on the type of work that they can do. Almost half of the countries the OECD collects data on also restrict the duration of temp assignments. The goal is to keep temps out of very dangerous jobs and ensure they receive workplace protections. In the United States, however, there are far fewer rules and regulations ensuring that the growing number of temps can work safely every day.

As a recent Pro Publica report indicated, the United States “has some of the weakest labor protections for temp workers in the developed world.This troubling information comes from data compiled by the Organization for Economic Cooperation and Development (OECD), which does research on the industrialized nations of the world.

In other countries, there are laws to limit the length of temporary assignments and to prohibit companies from hiring temporary workers to do hazardous tasks. In the United States, on the other hand, perma-temping is allowed so a company can hire a temp to do the same job as a permanent employee for years on end but without benefits and protections that a permanent employee would have. In the United States, companies also frequently hire temp workers to do high-risk tasks.

This data helps to explain why temp workers in the U.S. are three times as likely to suffer amputations as compared with permanent workers in the country. The U.S. clearly needs to do better, but changes may be slow in a tough political climate. In the meantime, temp workers need to know their rights if they do get hurt and should take legal action to ensure their bills and losses are covered after a workplace injury.