In July of 2014, President Barack Obama signed the Fair Pay and Safe Workplaces Executive Order. One of the goals of this executive order is to improve workplace safety for workers throughout the United States. 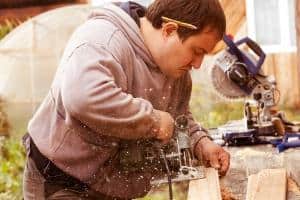 There are myriad federal workplace safety laws in existence already, including the Occupational Safety and Health Act (OSHA). Unfortunately, many of these laws have a limited impact on actually improving conditions for workers. When a worker is hurt on-the-job, he or she needs to understand his legal rights and the protections available to him. An Atlanta workers’ compensation lawyer can provide assistance to injured workers or to families of people who are killed while doing work tasks.

Unfortunately the Government Accountability Office issued a report in 2010 revealing that many of the top violators of OSHA regulations were actually being paid by taxpayers to conduct projects for the government. Between 2005 and 2009, 50 percent of the companies that faced the largest fines for violating OSHA were federal contractors.

Evidence suggests that things have not improved since 2010. In 2013, the Senate Health, Education, Labor and Pensions Committee also released a report. This time, the data showed that 23 of the 100 largest OSHA penalties imposed for OSHA violations were imposed on 18 companies that had been awarded large federal contracts.

The executive order requires that companies bidding on federal contracts must disclose if they have violated any labor laws, including not just OSHA but also the National Labor Relations Act or the Fair Labor Standards Act.

The new disclosure requirements go into effect starting in 2016, but only if the federal contract is for more than $500,000 in goods, services or a combination of goods and services. When determining whether a business should be disqualified from bidding on federal contracts because of past labor law violations, only the most egregious violations will be disqualifying. The goal is not to prevent companies from getting federal contracts but instead to reduce workplace safety violations and provide guidance on improving work conditions.