Drowsy Driving Can Be Deadly, Funding Started for Prevention

The risks of drowsy driving are substantial, and every motorist is in danger if any motorist makes the choice to drive while fatigued. Unfortunately, fighting drowsy driving is hard. Most drivers admit to being drowsy at least sometimes when they drive, and passing a law against fatigued driving for the average motorist is nearly impossible since there is no way to tell how long someone has been driving and no objective measure of fatigue. Because you can’t really outlaw drowsy driving, the best way to prevent crashes caused by fatigued drivers is public education. 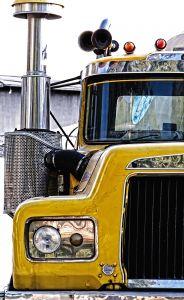 To that end, the Governors’ Highway Safety Association (GHSA) is doing a number of different things to try to bring the problem of fatigued driving to the forefront and draw more attention to this public health problem.

Hopefully, GHSA will be successful, but unfortunately motorists are likely to continue to operate vehicles despite being overtired. When a motorist causes a fatigued driving accident, victims should consult with an Atlanta drowsy driving lawyer for help.

The Governor’s Highway Safety Association has announced the receipt of a $100,000 grant from the National Road Safety Foundation (NRSF). The grant money is going to be used in order to provide funds to states which take innovative approaches to solving serious road risks related to drowsy driving.

The announcement also followed troubling reports showing the extent of the damage caused by drowsy driving. GHSA and State Farm had released a comprehensive joint report earlier in the year which revealed that fatigued driving plays a role in causing as many as 328,000 car accidents each year. These collisions cost $109 billion total nationwide. An average of 6,400 people are also killed in drowsy driving collisions annually.

The high number of accidents, fatalities, and injuries has prompted action. In working with GHSA to make the grant money available, the Director of Operations for NRSF commented: “With an average of 6,400 people dying in drowsy driving crashes each year, this is an issue that must be addressed.

States are currently using different techniques to try to tackle the drowsy driving problem, including public awareness campaigns; data-collection efforts to better understand drowsy driving crash causes; and enhanced training for law enforcement. Hopefully, with more money available to address the issue, states will begin to come up with new ideas that go further towards solving the drowsy driving crisis.