Could the NHTSA Make a Difference in Atlanta Drowsy Driving Crash Prevention?

Drowsy driving is difficult to prevent because it is hard to make laws regarding whether private citizens can drive their cars when they are tired. While truckers have maximum drive time rules to follow, these types of rules would be virtually impossible to pass or enforce when it comes to average motorists on the road. 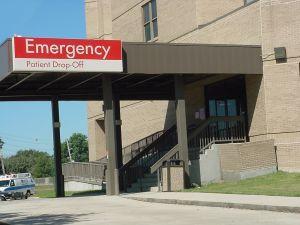 In 2013, around four percent of drivers admitted to falling asleep behind the wheel when the Centers for Disease Control and Prevention conducted a nationwide survey. The National Highway Traffic Safety Administration (NHTSA) has also estimated that between 2.2 and 2.6 percent of all deadly U.S. crashes involve fatigued drivers. This seems like a low percentage of crashes, but it still means that 72,000 crashes every single year are caused by people who are too tired to be safe drivers.

Because of the huge number of lost lives and serious injuries in drowsy driving crashes, the NHTSA has announced that it will be making drowsy driving prevention one of the agency’s top areas of focus this year. Victims of drowsy driving also need to understand that they have legal options if they are involved in a crash caused by a fatigued motorist. An Atlanta drowsy driving accident lawyer at Van Sant Law, LLC can help those who have been involved in fatigued driving collisions to pursue a claim for compensation.

The NHTSA administrator told Automobile Magazine that drowsy driving crash prevention has become a top goal for the agency because so many people are at risk. He warned that “while not everybody drinks, or texts, or speeds, lack of sleep is a problem we all face. And falling asleep at the wheel at 70 mph is a recipe for disaster.

The agency has not disclosed its specific plans to try to tackle the issue of drowsy driving. However, some of the things that the agency has indicated it plans on doing include:

Technology may prove to be a solution while setting legal rules prohibiting drowsy driving remains a challenge. Rumble strips are a simple and classic approach to helping stop drowsy driving crashes. These strips are found already on many roads and can sometimes work to wake drivers up when they have veered off the road and out of their lane because they have fallen asleep or started to doze off.

Some more high-tech solutions may also be on the horizon, including computer algorithms to detect if a driver is getting tired.

Until these technological innovations come to fruition, drivers remain solely responsible for making their own safe decisions to prevent drowsy driving crashes. If a motorist doesn’t exercise reasonable care and gets behind the wheel when too fatigued, an Atlanta drowsy driving accident lawyer at Van Sant Law, LLC can help victims of any resulting crash to pursue a damage claim for compensation.